WHO AM I? ~ Uber in America? I found Nikita V. at 1300 Red John Drive, west of Daytona. He was a small man – perhaps no more than five-and-a-half-feet tall, and a slender one-hundred-forty-pounds. He was wearing ordinary street casual, and he carried no packages. He wore short hair and a wary look.

Nikita was quiet as he first got into the back seat. What made him stand out is his story, which be began to tell, haltingly, and the fact that 1300 Red John is the Volusia county jail.

This is the story he revealed.

A texting driver, a woman, going fifty miles per hour, struck him as he walked along International Speedway Boulevard. “Right there,” he said, as we motored along, still west of I-95. He pointed at a spot we were passing.

He suffered damaged vertebrae, broken bones, and other injuries. With a swollen brain, he went into a three-month coma. He was in the hospital for six months and abided even more months in a rehab facility regaining his abilities to walk, talk, and brush his teeth.

After release, he was robbed. He speculated. “Some of my shady neighbors must’a thought I was rich because of the law suit. I was taking a shower and when I got out, my clothes were gone. I looked out the window and saw two guys with my clothes and my golf bag.”

Now, at this juncture, some miles down the road, the story gets a little vague because I neglected to ask, “Why were you in jail.”

My speculation is that some untoward violence may have occurred when he saw the guys with his stuff. Perhaps he called the police and they busted him for drugs or unlawfully discharging a weapon. Whatever.

Nikita’s story took a turn. It got a little confusing. He said was worked as the manager of a car wash for three years. The owner accused him of something and he was fired. “Unjustly,” he said.

To get even, he opened an auto detailing business that it is still going strong, even today, even while he was six months in jail.

He said, “I had a bail hearing this morning and the judge released me on my own recognizance.

“The judge said, “I know about those guys who robbed you – about that guy in the black sweater.”

I interrupted Nikita to say, “You’ve had a hell of a year. Exciting. You should write a book.”

I glanced at him in the rear-view mirror. His jaw dropped. “I…I cant believe you said that,” he gasped. “That’s just what I was thinking.”

“Funny things happen to me, one time. I was gassing up my Maserati one day, and a black guy approached me. I was worried because he was looking at me funny. He stopped and said, “God bless you brother. That’s a fine car and you must feel that you are in heaven already.

“That’s a fine chariot, and you better keep it clean. You should write a book.”

The story about the Maserati didn’t make sense to me. Nikita didn’t seem to have it all together, but I was moved to tell him that I was a writer, and that it wasn’t too hard to write books. I gave him my business card with my website on it and he was vastly impressed.

“Bill, I think you were sent from heaven, to guide me. Thank you.” 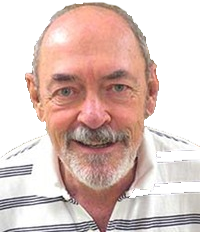 On the way to somewhere.

I dropped him in a very nice garden condo complex and never heard from him again.

What! You haven’t guessed yet? I am your friendly, newly minted Uber driver. Almost a Taxi guy, EH.