It’s a little gory with a morsel of shame

It may be the story will clear up my rep.

Cause I’m trying to erase every misstep.

Two years later, now living in Florida, I printed about 30 copies for family and friends.

I got immediate gratification from the project however. My offspring enjoyed my efforts. One grandson put a quote from the book into his high school yearbook. My curmudgeon brother-in-law, whom I love dearly, remarked, “What’s the point Bill? There’s no market for it.”

Here’s a photo of myself, Peter Joyce, Norma Joyce and Diaisy enjoying a moment in San Miguel De Allende in Mexico. The Joyces live there now. We four have made wonderful memories together in Thailand, Costa Rica, Spain, Mexico and the Caribbean islands.

Later, when he thumbed through the book, he said, “You did well Bill. I think I’ll make one of those for my grandchildren.”

I forwarded her email to my friend Peter and forgot about it. He ignored my email for a while and it wasn’t until weeks later when we were plotting a visit to Peter and Norma Joyce in Mexico that the subject came up again. He found my email and responded to the woman. He told me that he’d tell us about it when we got to San Miguel de Allende.

Wow! Peter found a lost – unknown daughter, a grandson, and a great grandson because I mentioned his name in my book. Is that not something? He and Norma are flying to England in May to meet his lost family and they are all traveling to Corfu, Greece with the lost ones for a holiday after that.

His daughter wrote these words a couple of days ago: 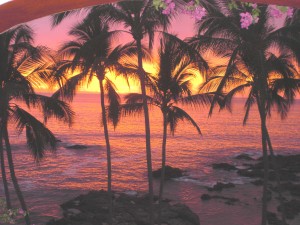 my Papa ignored me – although we will have to talk about the ignoring your daughter bit later. I will forgive you this time .

I was amazed by the interned search poser that enabled my friend to find his daughter.